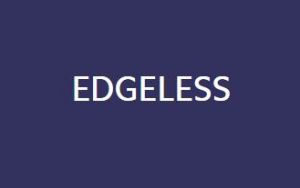 Edgless.io Raises Over $2 Million During Its ICO

We have already mentioned Edgeless.io and their coming ICO in our blog. With less than 22 hours left till the end of the campaign, Edgless.io has raised over 59.000 ETH so far; it equals to about $2.5 million. Let us remind that initial goal was to raise at least 50.000 ETH which has been achieved successfully. This way Edgeless.io breaks previous record set by VDice who raised $1.6 million.

Over 700 supporters have invested in Edgeless.io. They bought so-called EDG digital tokens which will become in-game currency and a proof of membership. On top of that, the EDG holders will be granted access to the monthly lottery to win 40% of the company’s revenue during the review period.

Successful ICO will let the Lithuanian-based company launch its first world 0% house edge casino. The casino will be based on smart contracts thus making all games and transactions fully transparent and visible to anyone concerned. According to Edgeless, they are going to ‘bring trust back to online gambling’.

This case reminds us of another story of success of Satoshi Dice which played an important role in the establishment of Bitcoin. Satoshi Dice, Bitcoin-based online casino, was set up in 2012 when Bitcoin was just 4 years old and led to a great increase in number of Bitcoin transactions generating wider awareness of the currency. The experts say Edgeless.io, in case of its success, will likely have similar impact on Ethereum which turns 3 this year.

Tomas Draksas, Co-founder of Edgeless.io, said: “It is a great time to be in the Ethereum gambling industry because the cryptocurrency is still relatively new and yet it’s features are literally game changing. A universal currency that offers, fast, hassle free transactions – who wouldn’t want that? - and now of course Edgeless casino is offering fully verifiable game play and 0% house edge, these are significant draws for the wider gambling community through which we hope to attract more gamblers into Ethereum.”

You still have time to take part in the ICO. Check https://edgeless.io/en/crowdsale for more details. In the meantime, all EDG tokens have been verified on Etherscan and will be available soon in MyEtherWallet and Parity wallets.