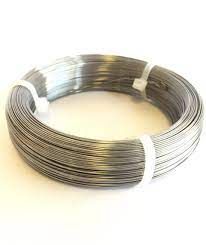 As slot machines became more technologically advanced and secure, they stopped using mechanical systems to count money. They started using optical sensors, which made the majority of the cheats mentioned before, obsolete. But Carmichael adapted to the change, and figured out a way to fool the new systems.

He made a small device that could "blind" the optical sensor, making it unable to detect how much money was inserted into the machine and how much was being paid out. Since the machine thought the correct amount hadn’t been paid out yet, it kept paying out more and more money, making the cheaters richer and richer.


The piano wire method of cheating slots was used to change the outcome of the game, which makes it a very unique form of cheating.

It dates back to 1982, when slot machine reels were still mechanically operated. The piano wire was inserted into the slot machine’s rotating insides. The wire was used to jam the clock used to measure the wheel rotation, which meant that players could manipulate the spin’s outcome.

The group of people who tried to pull this operation off managed to hit a $50,000 win. However, they were being filmed during the entire process, and were arrested later on. Their success was short-lived, but they really managed to change the outcome of the game using only a piano wire.