Jungle Jackpots is a 5-reel 20-payline slot powered by Blueprint Gaming. Meet Mowgli, Baloo, Bagheera, and other inhabitants of the jungle with this great-looking game loaded with various features.

The Jungle Jackpots logo is the highest-paying symbol. It appears stacked on all 5 reels.

A bowl with fruits, a hut, and a torch and medium symbols.

A paw print is a Wild symbol. It substitutes for all other symbols except bonus symbols.

Baloo is a bonus symbol. Baloo can appear on reels 1 and 3 only. Together with another bonus symbol on the 5th reel it triggers a bonus feature.

Mowgli can appear randomly on any spin to turn the page of the Jungle Book revealing a character from the game with its own unique modifier.

Hathi Expanding Wilds – Hathi the elephant stomps to turn reels wild; up to 4 reels can be turned wild at a time;

Kaa Locking Wilds – When the reels stop, all Kaa Wild symbols lock on the reels. After that, the players are prompted to pick one of three baskets. The baskets can contain spins, extra wilds or end the feature. The feature lasts until you choose a collect basket;

Monkey Mischief – When the reels stop, a monkey appears to pull the reels up revealing stacked symbols of any kind.

When 2 Baloo bonus symbols appear on reels 1 and 3 and the Bagheera bonus symbol appears on reel 5, Bagheera’s Free Spins Bonus is awarded.

The 3rd reel is always a Wild reel during the free spins. When any winning combination appears, the winning symbols are held for a respin; the respins last as you keep winning.

Baloo collects gold coins dropping from the Golden Money tree. Once coins stop dropping, the player is prompted to choose one of 2 signs. One continues the bonus round; another one ends it. The bonus round lasts as you keep choosing the right signs.

When 2 Baloo bonus symbols appear on reels 1 and 3 and the Mowgli bonus symbol appears on reel 5, Mowgli’s Cash Trail Bonus is awarded.

Mowgli climbs up the tree collecting multipliers. The same as in the previous bonus game, when Mowgli stops, the player is prompted to reveal continue or collect sign.

When 2 Baloo bonus symbols appear on reels 1 and 3 and the Baloo Colossal Spin symbol appears on reel 5, Baloo’s Colossal Spins Bonus is awarded.

There is a chance for 2x2 and 3x3 colossal symbols to land on the reels creating Colossal Wins during this bonus game!

As you can see, Jungle Jackpots is packed with various features. Most often, you will see medium-sized wins with these features but still it is so entertaining to discover all of them. You can try Jungle Jackpots at any trusted casino powered by Blueprint Gaming from our list. 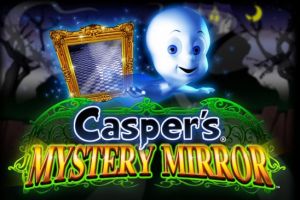 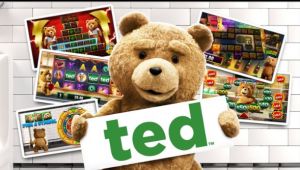