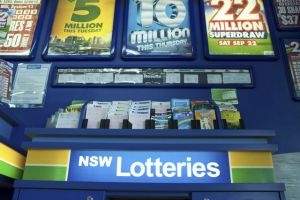 Survey: 1 in 3 Australians Needs AUS$10 Million to Be Happy

NSW Lotteries, an Australian lottery company, conducted a survey among Australians asking them how much money they need to make their dreams come true and be absolutely happy. 30,4% respondents said winning about AUS$10 million (US$7.7 million) in a lottery would make their life perfect and let them realize their dreams.

On the other hand, 24,3% respondents believe AUS$1 million (US$772,400) would be just enough.
According to the previous research conducted by NSW Lotteries half a year ago, Australian citizens said they needed only AUD$1 million to be happy. Now they want 10 times more.

In the same time, the respondents classified prosperity differently. 1 in 3 (32,2%) said a big lottery win would make them rich and financially backed for a long time. 26,6% claimed that would give them an opportunity to help their relatives and friends making them happy in the same time.