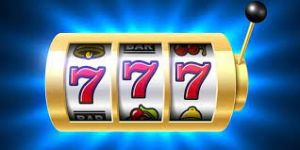 Online slots are the most popular type of game online in 2021 and it’s all because of their variety. Unlike blackjack or poker that must stick to the familiar formula, slots are open to changes. The original slot machine has been reintroduced in virtual video slot classics with only a few lines. What’s more exciting are the innovative online slots with thousands of ways to win that give you a chance to win life-changing rewards.

There are thousands of slots out there, with dozens of new releases every month. The number of slot studios is higher than ever. If you don’t know where to start, we’ll list the best slot studios in 2021 that you can’t go wrong with.

There’s a reason why Microgaming is considered the king of iGaming. The studio has earned its crown after releasing numerous slot hits. You’ve surely heard of Thunderstruck II or Immortal Romance. Both are hits that have withstood the test of time.

This is an ambitious studio with great slot variety, and some of the biggest slot hits ever released.
NetEnt owes its success mostly to Starburst, the low variance phenomenon. Widely regarded as the best slot of all time, Starburst is a fun slot machine with low variance that can pay great sums of cash. NetEnt is also known for other major hits such as Gonzo’s Quest, Narcos, Turn Your Fortune, and the music-themed slots such as Guns N’Roses.

Yggdrasil Gaming started as a studio that developed slots that look as great as video games. While looks certainly matter, Yggdrasil knows that gameplay matters too. It has so far come up with plenty of innovative gameplay features including split symbols, Staxx, and more.
Some of its biggest hits include the Vikings series (Vikings Go To Hell and Vikings Go Berzerk being the most popular ones), Valley of the Gods, Multifly, Orient Express, Hades Gigablox, and Holmes and the Stolen Stones. The latter is a progressive jackpot slot that can pay a fortune if you’re lucky.

Playtech has released well over 500 online slots so far. Buffalo Blitz is clearly the most popular Playtech slot, but so are the Age of the Gods and Kingdoms Rise series.

NoLimit City has truly blossomed into a star studio in the past couple of years thanks to its high-paying slot games with fantastic gameplay and graphics. They also stand out with innovative ways to win, mostly because of the xWays/xNudge mechanics.
The studio has released over 50 slots so far, but with the recent successes it has had, we expect its name to grow soon.