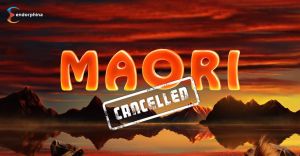 Endorphina Removes Maori from Its Portfolio

Maori used to be one of the popular games created by Endorphina, a Czech online casino software developer. Players informed us that they couldn’t find the game at online casinos lately. The company has issued a statement regarding the case. Indeed, it turns out that the game has been disabled due to the complaints from some New Zealanders and the authorities of certain tribes which were distressed by the game setting. They don’t appreciate their culture and symbols being used for an online casino game. Hāpai Te Hauora, the Māori public health agency, demanded them to remove the slot from their website and all partner casinos as well with their official apology.

Let us recall that the game released in the end of 2016 appeared to be very successful with the players and received very positive response. Endorphina worked on the game for over a year. The main attractions of the game were beautiful 3D graphics, authentic symbols and accurately portrayed face tattoos of the Māori people.

The Māori are the indigenous Polynesian people of New Zealand. They have a long history starting between 1250 and 1300 CE and rich culture. Roughly 15% of the population in New Zealand identify themselves as Māori. Some other regions with significant populations are Australia, United Kingdom, and the United States.

This is not the first culture-oriented game relased by Endorphina. Uratru slot is still available at casinos as it was warmly accepted by the public, including those who associate themselves with Uratru.

Edgar Mkrtchyan, Casino Manager at BetConstruct stated: “Players in Armenia were truly delighted when we started offering Endorphina's slot Urartu to our partner vbet.com. So far it has been the top performing Endorphina slot available in this market. It is exciting that Endorphina has created a game about the Armenian culture and the Kingdom of Urartu with a 3000-year history. With this, they gained in favor with local players.”

Creating culture-oriented games Endorphina is not intended to specifically target any people. Instead, the developer wants to attract players and give them insight to different cultures as despite globalization and development of the Internet, there are a lot of people who haven’t heard anything of them.

Robert Novak, Head of Development at Endorphina said: “It’s truly regrettable that the game couldn’t have stayed in its original design as it was one of our most detailed and elaborate games. The whole team and me especially, feel very sorry. I visited New Zealand myself, travelled 7000 km all around the country and spent there several weeks and fell in love with the country. The people, nature and the country itself will be in my memories forever and in fact, those are the greatest memories of my life. I wanted to create the Maori game purely out of love to reflect all the warm emotions it evokes in me.”


Endorphina Removes Maori from Its Portfolio 0 5 0