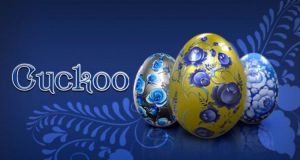 DIRK17, the first player, won €40,000 playing at starcasino.be. Another player was playing at POKERKLAS Casino when he won the bonus game and decided to take the highest risk and it paid off. His bet was multiplied by x2400 – the highest possible multiplier in Cuckoo.

Watch the video to see how it happened.

The game features an antique porcelain clock which is set to certain time in the beginning of the bonus game. The bonus game is triggered when 3 scatters land on the reels. Then, the player should guess what time the alarm is set to and locate the hour hand on the clock face. The closer he locates the hour hand, the higher multiplier is.