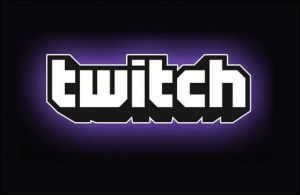 Today I would like to tell you about popular casino streamers and how some of them “work” with casinos they promote.

As most of you have noticed, twitch (and youtube) casino games streaming have become incredibly popular in recent months. More and more streamers pop-up on twitch and youtube every day, broadcasting various casino games, mostly pokies though. In this way, these streamers hope to promote websites they are playing at and drive some traffic there from twich and youtube, subsequently generating themselves some income as viewers register at those casinos through their partnership links. This is the main idea behind casino games streaming.

The competition between casinos in this domain became incredibly tough. Some websites offer streamers up to a staggering €10,000 flat fee, just for starting to stream at their casino! Can you imagine that? And some are offering bizarre CPA (cost per acquisition) propositions, with paying for each registered user a sums between €100 and €150! Just for a player registering through streamer’s affiliate link. Now, I’m okay with all this as this is a very competitive field, but, unfortunately, such tenacious rival between casinos, pushes some of them to work in a very dishonest way.

There are some casinos, that work with streamers on a plain fraudulent conditions, offering them non-withdrawable money to play with while broadcasting their game to a viewers, which, essentially, makes these money FAKE. The main party suffering with such schemes are, of course, the viewers. They are simply deceived and lured into casino’s trap by dishonest streamer, thinking this is the real money and that the player really gambling with his hard earned cash. If you are streaming to your viewers with non-withdrawable money added to your account by casino administrator with few clicks of a mouse, then you, my friend, is a plain fraudster and a casino doing this is a scam.

If a streamer refuses to show his deposits and withdrawals from casino, this is the very first sign he might be playing in this casino on some “special” terms, i.e. playing with non-withdrawable (fake) money. But some casinos know this and they went much further in this matter, so the only thing that can 100% prove a player gambling with his own funds is his bank statement which should correlate with his deposits and what’s even more important his cashouts.

But that’s not all, what I also noticed, while going on crazy donations spree at twitch :D, is that some guys who were playing with like €5000 at the casino balance, were going completely crazy when I was donating them sums of €500-€1000 or something like that. Like, what the actual f*ck? You have money to deposit several thousands of euro to casino on a regular basis and blew it away, but you go completely flipped out when I donante you €500? That’s a huge telling in my opinion. And on the other hand, why the hell do you even accept donations, if you can deposit so much money to casino and flush them down the toilet almost every day? The only reason I see is that such streamers don’t play with their own money.

One of such examples might be a streamer nicknamed “casinorobot” at twitch, who is actively promoting Dunder casino and the other guy nicknamed “casino”, also on twitch. One guy at casinogrounds made some really nice digging into this matter and found some pretty interesting facts about these two individuals and how they become casino streamers. You can read more about it here https://casinogrounds.com/forum/topic/262-fake-casino-games-streamers/#comment-3062. This one I find very funny “Like, how can they deposit 2k€ every weekday and still live at home with mama?” :-D If you visit streams of one of these guys and ask them about their deposits to casinos and how can they afford losing so much, you will almost always get banned for trolling or whatever they feel like for, but in fact, these guys are the most disgusting trolls ever.

The other guy may be named a godfather of fake casino streaming. This is an individual from Sweden called “roshtein” at twitch. Playing for ridiculous sums sometimes with bets €50 per spin, but only at multilotto casino. A casino which doesn’t even have netent games. Do you understand what’s going on? A guy playing whole his “streaming career” at one casino which doesn’t even has netent games? Does that makes sense to you? Why would one gamble all the time at one casino, especially casino without netent games and especially when he’s trying to earn money as an affiliate? This can only make sense if casino is offering you free/fake money for streams which you’ll never be able to withdraw or withdraw just small parts of it. When this guy faking his emotions on streams like he’s playing with his own money, I swear it makes me want to puke. Oh, and his donations list up on his twitch with title saying “I promise you that nothing will be used for gambling” is looking like a mockery to the viewers. I can’t feel anything but sorry for those viewers who donated money to this dude. Man, you are making money on your partnership program without risking your own cash and yet you have to put a donations up there.

By the way, it looks like multilotto makes this practice at their casino rather common, with another guy from Finland named “jarttu84” as well playing solely at their casino. Again, being affiliate for many years, it makes no sense whatsoever to me to promote merely one and only one casino.

A lot of streamers have not fully non-withdrawable funds on their account, but a maximum possible withdrawals, about 1 or 2 k thousands of euro. This makes it look like they are gambling for huge amounts of money, but in reality most of their winning cannot be withdrawn and essentially they are playing for much more humble sums of money. Again, not telling these facts to your viewers, who follow your affiliate links and lose their own money, is a fraud and nothing else. And casinos practicing such deals are, to say the least of it, dishonest.

Never be ashamed to ask streamer about his founds, deposits and withdrawals from casino, which is very important. His reaction might tell you a lot. Also be aware of guys streaming solely at one casino, never changing it, especially if they are playing high but “still live at home with mama” :-D

Basically it all boils down to whether a streamer is a gambler or he’s just doing that with sole purpose of making people click his affiliate links. There are a lot of good guys on twitch, I’m not telling that it’s all corrupted to the core, most of the guys listed on slotrunners are absolutely legit. You have to be a gambler, not just affiliate. Some of you might not know me, but if you do, you know who I am and how much I gambled away over the years, I always gambled with my own funds and I absolutely can’t understand how people are even watching those streams with casinorobot, roshtein and alike, who went as far as faking their emotions to make it look real, that is beyond me.