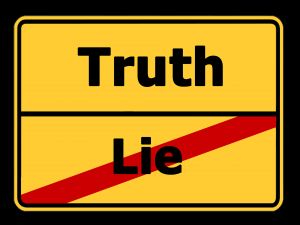 Hi guys, this is TTR. I've decided to add one more scale of rating - Trustworthiness.

This scale will be based on licenses obtained by casinos. The rating will be in direct connection with licensing body scores.

The scores will be:

I really appreciate help from my friend Dimok who provided his point of view on the matter:

Costa Rica doesn’t issue any licenses at all. According to their laws any company can carry out any business on the net. The price is $5000-7000 and that’s just cause they are far in the distance.

Curacao issues sublicenses, it is easy enough to get one. All you need to do is to locate your servers at their territory (a sort of bribe) plus $20000-25000 and 1-2 months of waiting. In general, the license is fairly effective though not the most respected one. But don’t put them on an equal footing with Costa Rica for any reason whatsoever. This is a good trusted license obtained by the absolute majority of well-known companies for the sake of optimization.

Cyprus, as far as I am concerned, doesn’t issue gambling licenses. I’ve never heard about that.

Antigua and Barbuda are not widespread and considered to be trash, though I’m not much into the details.

Montenegro is a European version of Curacao. For €25000 and passport scan they will issue any license you want. A lot of scam, as a result, not a trusted one.

The Philippines is just the same as Malta for Europe. All Asian betting providers and brokers has it. Good enough.

Alderney is the same as the UK. Really posh.

The Isle of Man is something like Alderney. I don’t know much about them.

As for Kahnawake, I heard that they have changed for the better, but I’m not sure… Still looks better than banana islands.

Gibraltar is something like Cyprus, many entities are based there; don’t know about licenses.

Malta is a standard European license without questions.

The UK takes longer and is expensive but very highly regarded.
Click to expand...

p.s. Next time will discuss a software (providers) rating. My goal - is to make a really good and fair ratings