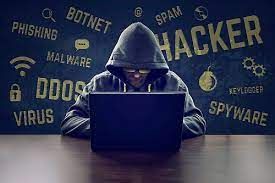 Alex, the guy who deciphered the PRNG used by slots and made millions (4)

There is quite a lot of evidence that Alex has managed to successfully apply his strategy on an outdated Aristocrat MK IV slot machine. Aristocrat itself recommends their customers now replace these machines. Despite that, there are still thousands of these machines in many casinos around the world. However, most casinos shouldn’t have any problem replacing them when necessary.

Alex claims (and there are some signals supporting his claim) that in 2009, he started to decipher the PRNGs (Pseudo Random Number Generators) of some older Novomatic cabinets. However, it is very likely that Novomatic managed to remove this vulnerability with a security update in 2011. Maybe this Novomatic patent for System and Method of Centralized Random Number Generator Processing from 2013 also had something to do with that.

He also claims that he managed to do the same with some machines made by Atronic.

By far the strongest claim from Alex is that he found a similar vulnerability for the Aristocrat Helix cabinet. Helix is one of their current models, so if Alex wasn’t bluffing, then Aristocrat may have an even bigger problem - especially if it is not possible to fix with a security update or minor chip replacement.

Anyway, even if Alex decides to publish more details about his algorithms, casinos will very likely turn off all affected slot machines before ordinary people have a chance to use this to their own advantage.


Alex, the guy who deciphered the PRNG used by slots and made millions (4) 0 5 0