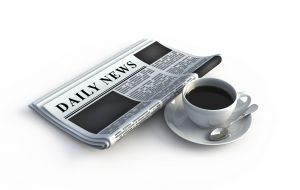 Let us introduce Online Casino News Digest – our new heading for the most important and the most recent news from the world of online gambling.

The agreement grants the developer a right to use all the movies of the studio, starting with the first movie released in 1968. The games to be developed by NetEnt will be announced in the second half of the year.

According to the new partners, the main features of the upcoming games will be realistic high-quality graphics and innovative game mechanics.

Simon Hammon, Chief Product Officer of NetEnt, comments: “Planet of the Apes is one of the largest film franchises in the world never to have been applied to gaming before. With such a rich history, the brand resonates with everyone that has grown up with the films, and it will fit perfectly with NetEnt’s wide and divers player base. We are thrilled to have signed the franchise, and can’t wait to offer the game to players later in the year.”

Let us remind that the partnership between casino software developers and movie studios has been a common practice for a long time. One of the most famous examples is the series of slot machines by Playtech after Marvel comics. These games are extremely popular among the players but they’ll disappear from online casinos soon as the contract is about to expire.

The virtual reality is becoming increasingly popular in the gaming industry including online gambing. It was recently reported that the first slot machine with the VR-technology was developed. It is Gonzo’s Quest by NetEnt.

Per Eriksson, CEO of NetEnt, comments: “We firmly believe that VR has a given place in the future of online gaming, based on our research and the trends that we monitor. We remain focused on delivering the ultimate entertainment experience by taking this first step towards developing our first real-money VR slot. This is a milestone for NetEnt and the gaming industry.”

The decision of the software developer is based on the modern trends and the market demands. The development of the first real money slot with the VR-technology support has become a significant step in NetEnt’s development in general.

The company’s representatives added that the popularity of the virtual reality among the players had been rapidly growing.

The company expects that the VR-games will be supported by the WebVR technology by 2017-2018. Gonzo’s Quest, the first virtual reality slot machine, will be added to the NetEnt casinos in the near future.

Let us remind that original Gonzo’s Quest was created in 2010. Despite the fact that a lot of more innovative and modern slot machines have been produced throughout the last 7 years, this slot remains extremely popular. That’s why it was chosen to become the first slot machine supporting the VR-technology.

Evolution Gaming, an online casino software developer, presented its new product. This is a Wheel of Fortune for live dealer casinos.

The game is known as Dream Catcher. This is a vertical wheel with golden and silver multipliers from x2 to x7. The game was exclusively developed by TCSJOHNHUXLEY for Evolution Gaming.

The game goes as following:

The players can use an autospin feature to repeat their bet for the number of rounds they choose.

Todd Haushalter, Chief Product Officer at Evolution, said: “There are millions of slot, bingo, and other players who we are reaching out to with this product. It is intentionally simple and friendly to play, and with the potential for the 2x and 7x multipliers to keep hitting sequentially, players can win thousands of times their initial bet, just like in pokies. It is almost like a game show that you can play along with at home. Operators are constantly telling us they want to cross-sell live into other player verticals. So, we started thinking of ways to do that, but when it came to slot, bingo, pull tab players the problem was not making them aware of live, but simply that they don’t want to play table games. So, we started brainstorming about games that have no cards, dice, or even a table. The lucky wheel seemed intriguing, but the house advantage was too high and it lacked the ability to win large amounts."

The licensing conditions for online casino, software developers and other participants of the gambling market will be changed in the near future.

The licensing conditions will be changed for a number of decisions including:
Let us remind that the question about the possibility to change the existing laws to allow online casinos accepting cryptocurrencies was raised last spring for the first time.