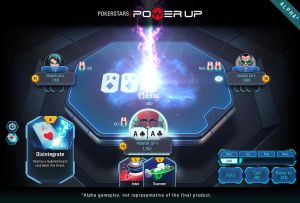 PokerStars Is to Launch a Brand New Game Power Up

PokerStars is known as the home of many innovations in the gambling industry. Many of their inventions have been borrowed by other operators; though, some formats appeared to be unpopular and are forgotten now. What is the destiny of PokerStars Power Up?

It will be possible soon for all gamblers to enjoy a brand new product developed by PokerStars. The poker site has announced its new innovative product which is to become a sort of mixture of traditional poker and Hearthstone.

The working title of the new product is PokerStars Power Up. The game is passing closed alpha-testing at the moment. The developers are testing all functions of their new product to detect possible bugs. It hasn’t been reported yet how much time it will take to launch the game. 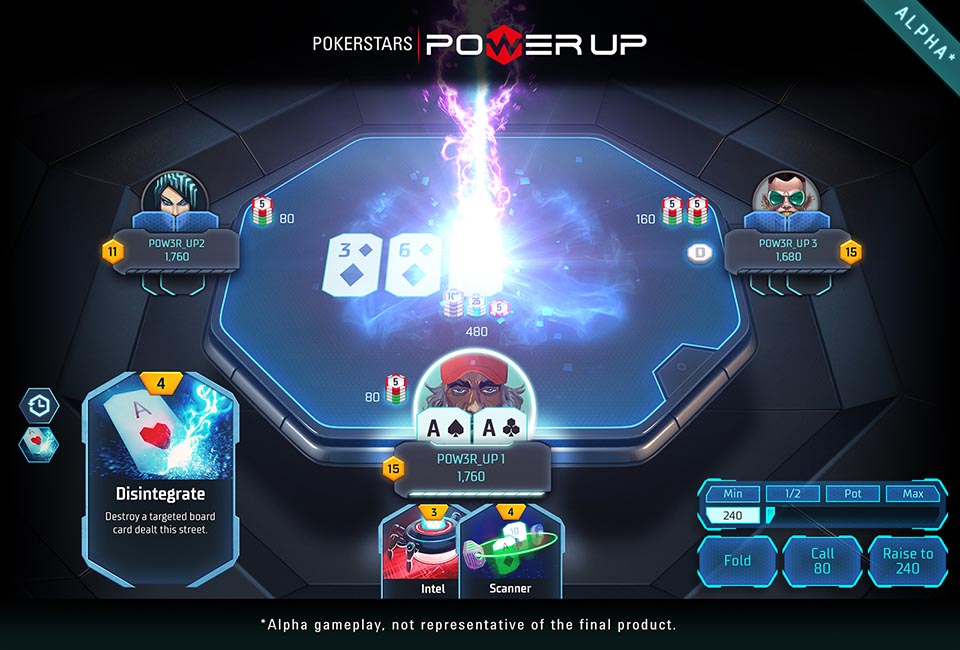 The developers reported PokerStars Power Up is to become the most innovative creation of the company. The game will be a combination of traditional No Limit Hold’em with various superpowers. Thanks to the superpowers, the players will have an opportunity to control the game process by changing cards on the board, chips, and their hole cards. This ambitious project is to bring numerous changes to the traditional poker which you have never seen before. Though many details of the new game remain unrevealed, there is some information available about the powers. This is the list for the alpha-testing, so the final version may be somewhat different:

Clone – Receive a copy of the last power played this hand;
Disintegrate – Destroy a targeted board card dealt this street;
EMP – Prevent powers on this street;
Engineer – Choose the deck’s next card from three options;
Intel – View the deck’s top card for the rest of the hand;
Reload – Redraw selected hole cards;
Scanner – View the top two cards in the deck; choose whether to discard them;
Upgrade – Draw a third hole card, then discard one;
X-Ray – Force all opponents to expose one hole card. 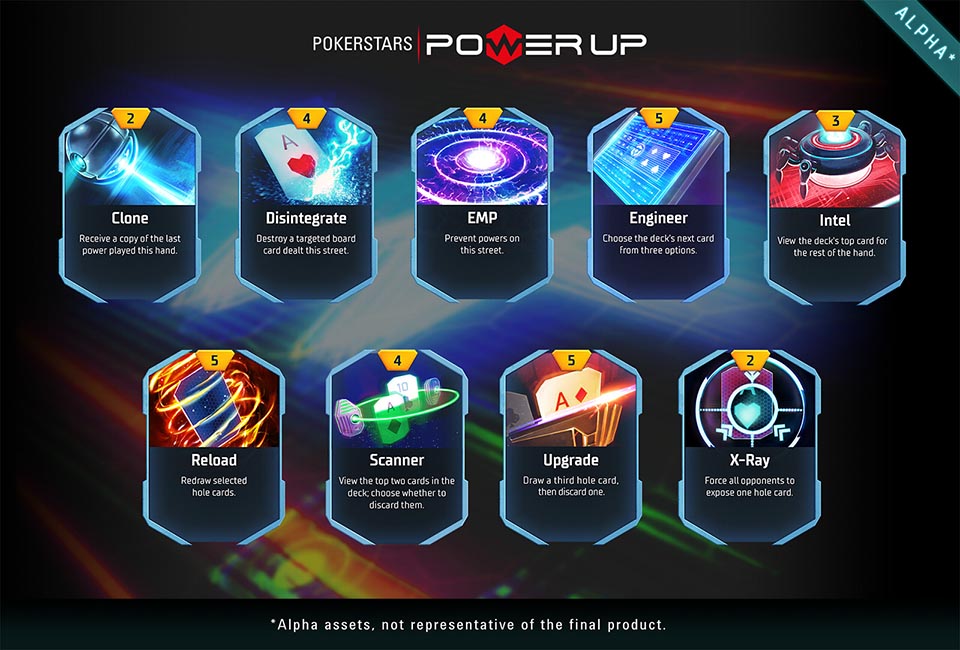 The testing team is comprised not only of the PokerStars employees but of famous poker players and experienced gamers as well. The closed alpha-testing will be running for the unspecified period of time. A limited number of players have access to the game at the moment but PokerStars is planning to add more testers to the existing pool as the are in demand of user opinions and reviews.

PokerStars representatives added they have more projects under development now but PokerStars Power Up is a priority. The company expects to bring in an absolutely unique gaming experience with their new creation.