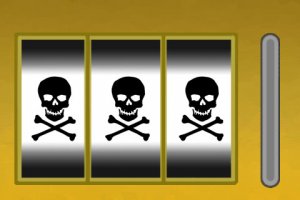 Gambling at the expense of life: How casinos drive players to suicide

On Monday, August 13, 2012, Scott Stevens, a financial expert from Ohio, said last word to his wife and 3 daughters and left his house for a job interview, as they thought. Later that night, he lost the rest of his savings, sent his wife a message, saying he loved her, called police and committed suicide. Prior to that, nobody had ever guessed about his addiction and how serious it had been: Scott lost $4.8 million within a year; he drained all his family accounts. When he ran out of money, he wrote checks on behalf of his employer. This way he grabbed another $7 milion. In 2014, his widow sued casino Mountaineer and slot developer IGT. This litigation has all chances to blow up the gambling industry just the same, like in the mid-nineteenth century, evidence of the harm caused by smoking hit tobacco industry. Stevens widow insists, that it was not his own weakness which killed him, but an elaborate system, designed to maintain an army of real gambling addicts. The Atlantic article describes theory and practice of this system.

Despite the fact that gambling addicts don’t use alcohol or drugs, their neurologic and psychologic reactions to cues are pretty much the same shown by alcoholics and drug takers, reports The Atlantic. Some of the gambling addicts compare their condition to drug hit. Like the rest of addicts, they gain resistance and when they can’t return back to gambling they go through withdrawals characterized by such typical signs, as panic attacks, insomnia, restlessness, headaches and rapid heartbeat.

Gambling addicts generate from 30% to 60% profit for the industry.

Gambling addicts’ brains are affected by the same changes like other addicts. Dopaminergic system doesn’t function properly. These parts of brain which usually tell us, ‘It is time to stop!’ appear to be less active, and the reward expectation gets stronger. Obviously, the desire to gamble is affected by the environmental factors: an example of a relative or friend, who is keen on gambling, big win in the past years, depression. All these factors push people towards gambling. Some scientists say this desire may be genetic, though there are no proofs for that. Still, experts believe some segments of society are more affected by gambling addiction than the others.

Scott Stevens story is not unique. Guilt and shame, emerging when a person loses everything he had, causes despair. According to the National Council on Problem Gambling, a body which supports gamblers and their families when they require assistance, suicide attempts rate among gamblers is higher than among other addicts: one of five tries to commit suicide.

People who show signs of pathologic gambling addiction are the main source of profit for gambling industry. According to researches, only 20% of all gamblers are pathologic gamblers, but they bring and spend much more money than the others. It is they who generate from 30% to 60% total profit for the whole industry. Clearly, casinos are aware of those who can leave them a fortune. There have been cases when casinos acquired data about gamblers’ accounts from the banks and e-mails from the marketing agencies. In some cases, they even spy on how much money their visitors withdraw from ATMs located nearby or right in the casino. More than half of all the players have loyalty cards, which give casinos a lot of information about them: how often they come, how much they play, what bets they make and much more. Those who don’t have a loyalty card, are not safe as well: many slot machines are equipped with cameras which make photos of players and record their behavior.

Casinos use all this information to target gambling addicts and offer them something what can hold them. Casino’s business plan is based not on a random visitor, says Richard Daynard, a professor of law at Northeastern University (Boston, USA). The business play is based on gambling addicts. Despite big loses (or thanks to them), casinos attract players with free drinks and meals, presents from local souvenir shops, extra bet tickets, excursions for wives/husbands/children who don’t play, discounts or even free flight tickets and hotel rooms. The most important players are offered personal concierge service.

In a word, casinos are ready to do anything not to let a player, who is ready to stay at a card table or a slot machine, go. There have been cases when casinos raised bet limits for slot machines on purpose for a player who couldn’t stop to lose more and more. In 2011, Caroline Richardson, whose yearly income was $62.000, lost $2 million. She took money from her employer account who got busted as a result; Richardson was sentenced to 14 years imprisonment for that.

Playing at a casino people forget about their own children, wet themselves and ignore food.

One of the psychological tricks used by casinos is to create an illusion that player has almost won. This trick, for example, is found in slot machines. Often, one more symbol is needed to get winning combination and this symbol lands somewhere very close to the desired position in sight of player. I was about to win, thinks player. May be the next spin will be lucky? In 1953, Burrhus Skinner, the founder of modern behaviorism, wrote, “Almost hitting the jackport raises chance for a player to keep playing”. This is doubly true when it comes to gambling addicts. Studies have shown that their brain treats almost hitting as a win rather than a lose. Algorithms decreasing casino chances to lose are restricted in New Zealand and Australia, but not in the USA, where they are widely used. Slot machines are not the side but the main source of casinos’ income. According to the American Gaming Association report, in the late 1970s, slot machines brought 45% of total casino income. Today this number has raised up to 70%.

Finally, casinos have become more aware of their visitors’ pressure points. When casino realizes that a player is about to leave , for example when he has lost too much or when he kicks machine in frustration, they offer him the above-mentioned sweet nothings: free drink, extra bet ticket, may be something to eat in their restaurant, where he can relax and decide that nothing bad has happened. Sometimes, when player is out of money, casino is ready to offer him a loan. According to the human right activists, this is the meanest way how casinos are intended to develop and maintain gambling addiction.

In the USA, the laws require casinos to set RTP at the level of 85-95%, reports The Atlantic. It means that for each $100 in bets a player loses only $5-15. That’s why casinos need tools to force players spend as much time in their place as possible. The more gamblers play the more they lose, even if they think they are winning.

Each $1 of profit, brought by casinos to society, causes $3 of social harm.

Using modern technologies casinos are able not to simply use but to create gambling addiction. Slot machines operating speed matters. 3-4 seconds elapse between the bet and the outcome. Blinking pictures literally hypnotize a person. He doesn’t have time to get upset or realize how much he has lost. The only thing he realizes is that he must keep pushing the button. For many pathologic gamblers this condition becomes even more desired than the win itself, the experts claim. According to the psychologists, it helps a person to run away from problems, past traumas and, paradoxically, the debt which rises every time this person presses the button. A gambler can spend at a slot machine 14, 15, 16 hours in a row. Playing at casinos people forget about their own children locked in their cars, wet themselves without noticing, ignore food for hours.

A research published in Addiction by Design book found that slot machines cause gambling addiction 3 times faster than other gambling games – within a year instead on 3 and a half. If a person played roulette and could control himself before, he is in risk of getting gambling addiction if he starts to play slot machines, which explains, why there are so many gambling addicts within a radius of 80 kilometers from casino compared to other areas.

Slot machines critics call them ‘electronic morphine’ and compare them to cigarettes. They see gambling industry as the most powerful at the states level as it is profitable for the government to cooperate with it. West Virginia is interested in gambling software sales; Kansas literally owns gambling business; New Jersey, Delaware and Rhode Island granted loans to the casinos which had been on the verge of bankruptcy. But casinos will pay back at the expense of gambling addicts, their broken children and orphaned children, human right activists remind. Casino supporters argue that casinos bring benefits to society, they provide jobs, pay taxes, stimulate economy. However, according to Earl Grinols, a professor of economy from Baylor University, Texas, each $1 of profit, brought by casinos to society, causes $3 of social harm expressed in loss of productivity of working population, increase in crime, unemployment, etc.

Bankrupted people, their relatives and employers sue casinos on a regular basis. Complainants often insist that so called dramshop laws should be used against gambling industry. According to that laws, pubs and shops which sell alcohol to drunk people when they are aware that such actions might harm third parties can be brought to justice. Still, none of the states has implemented this practice against casinos.

Stacey Stevens lawyers hope her suit may become a precedent. The widow claims that Mountaineer casino and IGT exploit gamblers’ condition and cause them harm on purpose being aware that slot machines were developed to maintain their addiction. In other words, the complaint is not that these companies could (or couldn’t) know about possible consequences of gambling, but that they placed specially designed slot machines in their halls to cause addiction and even death in some cases. Mountaineer and IGT replied that they were using only certified slot machines and gambling limits were players own responsibility. A person can voluntarily add his name to the list of those who are restricted to play in casinos or withdraw winnings in some states. Casinos keep to the position that only player should be blamed for the loses and any possible consequences.

In June, 2016, the West Virginia (Mountaineer casino is located there) Court held that there is no law forcing casinos or software developers to protect consumers from their pathological addiction. On top of that, slot machines do stimulate state’s economy and bring funds to its budget. That’s true: in 2014, gambling industry and casino software developers brought $550 million to the state which is equal to 10% of the whole tax income. Stevens lawyers believe this is the very reason which makes West Virginia to be a challenging place for such suits. Nevertheless, they say, a movement which will finally force the gambling industry to pay for all the social harm is gaining momentum. Stevens family story has become a big publicity thing. More and more people learn about the tricks used in the industry and more and more gamblers lose their money and commit suicides. Eventually, there will be a similar case in proper jurisdiction, the experts say.


Gambling at the expense of life: How casinos drive players to suicide 0 5 0