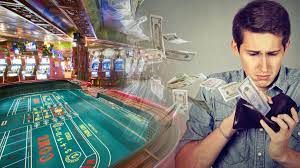 5 Tips on how to be a responsible gambler

“Please gamble responsibly.” If you’ve heard an advertisement for a casino or online betting platform (even the lottery) you’re probably familiar with this phrase. Nobody needs to tell you that it’s bad to bet your mortgage payment on the under, but what exactly does gambling responsibly mean?

Have a Bankroll and stick to it
Whether you’re trying to be a responsible gambler or a winning gambler (hopefully it’s both), the first place to start is your bankroll. If you’re new to gambling or are simply unfamiliar with the concept of what a bankroll is and how it is supposed to function, here’s a brief description:

Your bankroll is the pool of money from which you bet. Once you have that money set aside, the next step in your bankroll setup process should be to determine a percentage range between which you’ll bet. For example, most people would suggest betting only between 2% and 5% of your total bankroll. Meaning if you have 1000€ in your bankroll, you’d never bet less than 20€ or more than 50€ on a single play.

Of course bankrolls will vary significantly in size from person to person. An amateur bettor who gambles mostly as a hobby will probably have a bankroll under 1000€, which is completely okay and simply represents the fact that they understand their financial limitations. Professional sharps might have millions in their bankroll, but make no mistake about it – they’re required to risk those millions on a regular basis in order to make enough money to support themselves.

How do you decide which amount is right for your situation? The quick answer is: choose an amount of money that you can afford to lose. Obviously you don’t want to assume you’re going to lose, but it’s best to think of your bankroll like a purchase. You’re paying for the fun that comes with gambling and giving yourself a chance to make money, but don’t think of it like an investment where a return is expected.

It goes without saying that the worst consequence of a gambling problem is financial instability. If you have a bankroll and stick to it, you should be able to avoid this ever becoming an issue.


Don’t chase
Of all the things that you should try to avoid if you want to be a responsible gambler, chasing your losses is at the top of the list. For those who might not be so familiar with the terminology, “chasing” refers to making a bet immediately following a loss in an effort to win back the money you lost quickly.

The reason “chasing” is such a bad idea is because you’ll typically be making a knee-jerk decision without putting in the proper time to research your play. Obviously you aren’t going to need to do hours of research before putting in a bet, but you shouldn’t be making your plays based on something abstract like “feel.”

The real issue with chasing is that once you make a habit out of it, you can spiral out of control in a hurry. For example, if you lose 100€ on a bet and immediately follow it up with a 200€ bet that you place without much thought, you risk being down 300€ before you know what hit you.

Gamblers often mistakenly think that they’re bound to win eventually. While this is somewhat true, it’s not unusual to go through streaks of four, five, or six losses. If you’re chasing, you can lose a huge amount of money over the course of those games.


Take a Break
The interesting thing about addictive behaviors is that they start off as something that isn’t problematic, and then quickly grow into a significant issue, seemingly overnight. What was once a little fun here and there becomes something you do more and more often, eventually to the point where you no longer have any control over the behavior.

Those who suffer a gambling addiction weren’t always addicts displaying problematic behavior. In fact, nearly all of them started off by betting on a few games here and there, or taking a few trips to the casino on an irregular basis. A few trips became a few more trips, betting on one game a day became betting on a few games a day (with more money involved), and eventually things simply got out of control.

The unfortunate reality is that there’s really only one way to stop yourself from falling into a pattern of dangerous habits: take a break every now and then. You should be able to recognize that when things are starting to feel a little more compulsive than voluntary, it’s time to sit it out for a day or two.


Only bet what you know
Irresponsible gamblers will bet on just about anything. Whether they have control over the outcome or not, if someone offers them a chance to make a wager they’re going to take it.

At the casino, gamblers might make ridiculous bets in roulette or blackjack without any real rationale or strategy behind their decisions. It’s simply about rolling the dice (sometimes literally) and seeing what happens.


Track your results
Problem betting is concerning regardless of the outcome, but it’s a lot easier to justify it when you’re successful…even if it’s simply due to dumb luck. When you track your plays – and more importantly, your cash flow – you’ll be able to see (in no uncertain terms) whether or not your gambling is an issue.

It’s easy to forget about some losses, and when you don’t have a way to track your money you might fall into the trap of thinking, “Hey, I win some and I lose some – it’s probably close to even overall.” Very rarely is it ever “mostly even.”

One of the best ways to get a gambler to stop taking so many risks is by showing them how much money they’re simply giving away as a result of betting. Nobody likes seeing that their habit is costing them thousands of euros and creating real financial stress along the way.

At the end of the day, responsible adults know where their money is going. If you want to be a responsible bettor, it becomes even more critical that you don’t your finances go unwatched for a long period of time.


Conclusion
Just like any other behavior that could be considered a “vice,” there’s a fine line between enjoying it thoroughly and going overboard. When a fun behavior becomes risky to your health – financial, emotional, mental, or physical – it’s no longer the recreational activity you intended it to be.

If you’re struggling with gambling responsibly, don’t hesitate to find help. When in doubt, if you feel like you’re getting close to the edge, don’t be afraid to lay off.