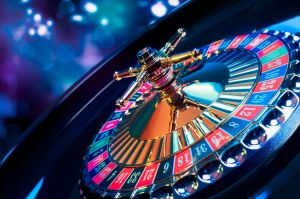 Americans and Australians Spent Record Amounts on Gambling in 2016

American and Australian gamblers lost record amounts at casinos in 2016. The data was gathered during a survey of gambling market conducted by H2 Gambling Capital.

The report has revealed that American players lose the most at land-based casinos which are followed by lotteries, slot machines located out of the land-casinos, and online gambling services. According to H2 Gambling Capital, American players lost $111,9 billion in total in 2016.

Australian players occupy the second position with $18,3 billion spent on gambling. They play mostly at online casinos and slot machines located out of land-based casinos. Land-based casinos appear to be the less popular option in Australia. This difference in priorities can be explained with the federal laws in the USA which limit access to the online casinos.

Let us remind that according to a recent survey conducted by NSW Lotteries, 1 in 3 Australians needs AUS$10 billion to become happy and realize his dreams.