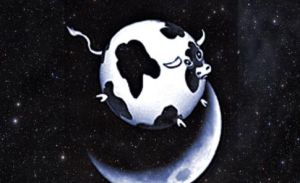 Spherical Slot in a Vacuum - Part 1

RuckingFussian, one of our followers, sent us series of pretty interesting articles. Here is the first part.

It was the first time when I played online pokies. What I had seen was so controversial that the only thought on my mind was “What was that fucking creature that gave birth to this thing?” It is only natural that I decided to look up how the pokies work on the web, but there was nothing more but notorious “Slot is a drum with reels controlled by RNG with certain RTP”. I read something about widespread “hot/cold slot state” theory and cyclically nature of pokies, based on an idea that there is money pool, which should be loaded (“cold” state) before you can expect to get some part of your money back (“hot” state) after the slot takes its percentage indicated in RTP. I used to believe in that!

There are some popular theories saying that the pokies are rigged, first deposit is a guarantee of a big win, etc. There are countless hypotheses on the matter on online forums. I changed my mind when Dimok said “Why would they cheat on you when they can take what they want without that?” And that makes sense.

I have a degree in math though I am not a brilliant mathematician.

I have experience in IT as well, but it is not gambling-related. Still, I wanted to understand how the pokies work and why the game is fair. Little by little things began to clarify but some ambiguity remained and I had more questions. That’s why I decided to post my thoughts here to find people who may know more than me. While I was making my list of questions, I found all the answers which sound correct for me. At first, I thought it was too much to write all the ideas I had but as I keep seeing people who write nonsense on the matter I've decided to get over myself.

Why Spherical Slot in a Vacuum? If you have never encountered this phrase, check this. But unlike the cow which can’t exist, our slot will be real. At least, it could be. I will avoid some things to make it simple and refer to some assumptions to explain how some other things work. In reality, all what I'm going to say may appear wrong/partially correct or much more complicated.

So, we have 3 key terms referring to the pokies: reels, RNG and RTP.

There are several reels with tied ends in any slot. They spin in a certain order forming slot drum (probably, you remember how it works it land-based casinos). The reels spin on the drum without any connection. Online slot animation is designed to imitate this spinning. Each reel has its own size – the number of cells with symbols placed in a certain order. The reels may have the same size but not the same set and order of the symbols.

Let’s itemize each cell on the reels starting with 1. How many different numbers can we see on the drum (in other words unique sets of symbols)? The answer is that simple: we should multiply the sizes of the reels.

Thesize of a reel in modern pokies is 35-70 cells in average and up to 400 in more elaborated ones. To make it simple, let’s assume that all reels are the same in size. Thus, a standard slot 3x5 with 50-cell reels has 50^5 different sets of symbols or about 320 million “images”. Imagine 400 cells on each reel and we get… umm… what is more than a trillion?

Now take a set of 8-12 symbols, including 10-A low-paying symbols and some pictures for the better symbols, a single Wild symbol, a scatter and a shitty-bonus game symbol. Replace the numbers from the previous example with the above-described symbols. Add more scatters to the first 2 reels so you’ll see them more often and that will make you tilt. Oh, wait! Let’s use wolves for the scatters and place them exclusively on the first 3 reels to stop pigs from living their lives.

Anyways, we have filled all the reels like that. In fact, the number of unique sets of symbols hasn’t changed. Now, it is more complicated for you to recognize that there are absolutely different “numbers” hidden behind the same symbols on the reels (unique positions of one symbol on the reels)! But the picture gets much more intricate for a player.

I’ll consider only one drum (set of reels) for a slot to make it simple.

There is one more important thing – the slot drum is static, it doesn’t change over time: the order and the size of the reels, the number and the order of the symbols never change (the only case when it happens is when a provider decides to change a game structure due to some reason).

You won't find many pokies with a single drum. There are separate drums for the base game and each bonus game/free spins round. Most often it looks like that: the scatters disappear, some other symbols appear instead, the Wilds land more/less frequently on the reels (There are separate sets of the reels for the base game, every character, and the Wild Desire feature in Immortal Romance). Sometimes it may be hard to perceive (in Jack and the Beanstalk slot when a “running” Wild appears on the reels the set of reels changes – scatters disappear; the same in the bonus game – sacks, hens, harps have their own drums) But! Each drum is static.

I believe that this is a true fact that the drums are static. If any provider tried to change a drum structure, that would be considered as a fraud and it would be impossible to restore the reputation for this provider.

Thus, as we have placed all of our pictures on the reels, we’ve got a set of “pictures of pictures” we all know from the pokies we play instead of “pictures of numbers” which they really are. We’ve got 2 more things to do – to set the number of paylines and to develop our paytable. Let’s assume we’ve finished with that. It is not hard to imagine than now we can go through all the pictures we have and check how the lines and the pictures pay. If something goes wrong, we can change the reels (add or delete some symbols), the paylines or the paytable. If it remains wrong, we can check everything again and repeat until we will be satisfied with the result. What do we get as a result?

If we are paid 1 coin for a picture and we have 300 million pictures in total, the payout for all the pictures should be 285 million coins. Our profit will be 15 million or 5%. I hope you understand where this is going.

Return to player is the term describing the percentage of all the wagered money a slot will return to players over time. Here is a common example: suppose we bet $1 100 times in a game with 90% RTP. So we expect to get $90 back. I explained the same in other words above – the RTP for our slot with 300 million positions of the drum and 285-million-coin payout for all these positions will be 285/300 = 0,95 = 95%.

Therefore, the RTP of our static single-drum slot is determined by its structure (the set of reels), the paylines and the paytable.

As I have mentioned before, it is extremely rare for a slot to have a single drum. There are 2 drums at least – one for the base game and the other one for the free spins. It is clear that each drum has its own RTP value; the expected RTP of 95-98% is the combination of RTPs of both drums. Some providers (for example NYX) indicate the whole possible RTP range (92-95%) in their pokies, but normally there is only one number for the maximal possible RTP. Many aspects may be a reason for such range. The simplest example is adjustable paylines (as a rule, the less lines you choose the lower the RTP is); or in-game progress (probably, you played Gorilla Go Wild powered by NYX, Harry eats bananas and passes through different locations which affects the bonus time frequency and the RTP as well: from 92,06% which is nothing to 96,512% which is fairly good). Some bonus games are loaded with different features (expanding, growing, jumping Wilds, etc.) so it may be impossible to calculate the exact RTP for a particular feature. But the developers, unlike us, know all the values.

Our slot operates solely at the RNG which works properly – autonomously and randomly generates numbers with equal possibility from a determined range. Each new number doesn’t depend on the number generated before; this number can’t be predicted; each number can be generated with a probability of 1 / (the size of the range).

We have 300 million images, which means each image can be matched with a number from 1 to 300 million. This will be the range for our RNG.

Providers have many licenses certifying their RNGs (how “fair” they are or, most likely, how close they are to the description above). I hope you realize that the number of possible combination in real pokies is enormous. That makes me think nobody uses RNG like that; instead, it is much simpler to use separate RNGs for each reel: each RNG generates a number from all the numbers used on that reel; these numbers are combined and we see one of possible outcomes on the screen. This is another proof for the statement that the reels are not linked. For me, the idea to use a single RNG for all reels is equal to the idea to use separate RNGs for each particular reel. But this matter involves mathematics so you can’t say a word without a calculation, that’s why I can’t say that for sure.
As a result, our RNG generates a number and you see the picture on your screen which corresponds to this number and represents one possible position of the reels.

This is the end of the first part. To be continued…