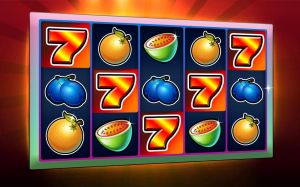 The higher the value of your bets, the higher (usually) the rate of return to the player from the betting system. Assuming all other rules of that system remain the same.

Your win (or loss) on each spin is determined purely by your luck. The result is not influenced by your previous win/loss, nor the win/loss of other players, nor anything predictable.

Modern RNGs used in online casinos are dedicated hardware devices that generate random numbers from electromagnetic noise. The hardware RNG generates thousands of random numbers every second. So, on the one hand, you change the outcome of the next round if you press the "start" button a second later. On the other hand, you have no chance to predict whether the result will be better for you or not. Therefore, fair randomness remains.