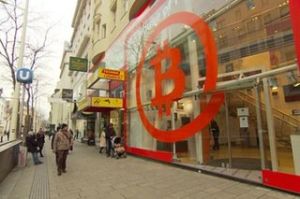 The world’s first bitcoin bank has opened in Vienna, the capital of Austria. The customers are offered to exchange cash for bitcoins as well as to get the freshest information about the cryptocurrency. Only euros are accepted at the moment.

The bank is managed by a local blockchain startup Bit Trust. Magdalena Isbrandt, Bit Trust Managing Director, describes the advantages of the digital currency as it allows to perform transactions much faster and there is no need for a middleman.

A user must have a special address to receive bitcoins. It looks like 27-34 symbols string and acts as a virtual mail box where the cryptocurrency is sent. The transaction process is anonymous because bitcoin addresses are not registered.

Andreas Petersson, the head of Bitcoin Austria Association, said "If I pay online with bitcoin, I have a degree of privacy. The vendor does not have my credit card number. If I pay for purely digital goods, like computer games, I have a much better feeling as I’m not handing over all my private data.”

The first bitcoin ATM was set up in Austria 3 years ago and has become popular among the citizens. The blockchain technology is rapidly growing in the city. There are over 20 companies accepting the digital currency in Vienna today.

In 2016, bitcoin became one of the strongest currencies. It showed 126% growth on the back of high demand in China.