The concept of a perfect place for gambling where people would leave their money without regret has been being created by gambling industry professionals for decades.

Casino interior, the way the staff behave, internal rules are created to achieve the single goal: attract and retain players for a long time.

We will cover top 10 psychological casino tricks and talk about how color, number of visitors and even smell can affect players’ desire to stay at the place as long as possible. Though, this article is about land-based casinos, you’ll see that some of these tricks are used in online casinos as well.


Mark Griffiths, an English psychologist focusing in the field of gambling disorder, conducted over 15 psychological researches of casino design but still couldn’t approve the conspiracy theory about absence of windows and clocks in casinos which make people lose track of time.

Nevertheless, Griffiths, who has been studying gambling addiction since the 90s, noticed a number of surprising factors which can affect the way people spend their time and money in casinos.

What do you think about speaking of casinos? Most likely, you imagine a picture from The Hangover movie: Black Jack players making their bets under accompaniment of “Right Round” by Flo Rida. In casinos designed under this image people would be making their bets vigorously and actively. Mark Griffiths once offered 56 volunteers to play roulette with different lighting and accompanying music. The combination of red light and driving music made players place their bets faster than with normal lighting and calming music or no music at all. The thing was, players associated red lighting and driving music with sexuality and high stakes.

The number of visitors is another factor which affects players’ behavior. In 2009, scientists from the University of Guelph, Ontario, Canada, conducted a research: a group of 484 people of both sexes played at a casino. The scientists focused on the way people reacted to different stressors including other people playing next to them. When the room was half-empty, women were spending more they had planned. What was the reason? Probably, women tend to act slower when they know that somebody watches their actions.

Dr. Alan Hirsch, director of Chicago's Smell and Taste Treatment and Research Foundation, studied the way smells affect players. When on Saturday slot machines in Las Vegas were rubbed with some pleasantly-smelling substance, these machines made 50% profit more than on the previous or on the following week. The smell can cheer up players making them stay longer and spend more money. Many smells can elicit sexual arousal which, according to the researches, leads to “more aggressive pattern of behavior”; in this particular case to more aggressive gambling.

Moreover, architects build casinos with windows breaking that conspiracy theory about a casino without “windows and doors”. Ethan Nelson, president of Steelman Partners, the company which designs tens of casinos per year, says it makes the rooms more energy-efficient so they look more like a resort. A striking example of that is the view of Chicago from Horseshoe casino.

However, the statement that casinos are designed as small mazes so the player would wander from one table to another sounds true. David Canter, a British psychologist who studies the link between the architecture and behavior of people compares casinos to shopping malls. “I don’t think the architects want to make casino rooms complicated on purpose. However, the idea is to make a person feel like he is swallowed by the building. That’s good feeling.”

Let’s consider some of these tricks in details.

Time flies when you are busy. Be it a slot machine, table game or poker table, most players are hovering in the clouds’ when playing. When there are no clocks on the walls, it is easy to forget about anything apart from the game. When day becomes night and night becomes day, all plans are being erased. Some jurisdictions, for example the UK, passed a law according to which players must be aware of time they spend gambling and casinos must encourage players to take breaks while playing. 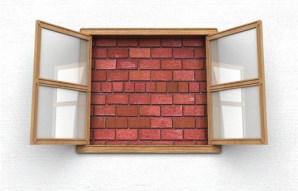 This trick stays in row with the previous one. If a player sees it is getting dark, he may feel that it’s the right time to leave the place to do something else or, after all, to go to bed. That’s why casinos have no interest in letting their players know what’s happening outside of the place. For example, there are a lot of things on the streets of Las Vegas which can easily divert attention from the game. 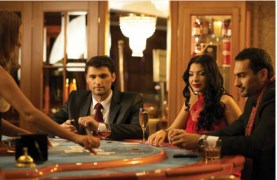 Let’s talk about non-verbal tricks. How does it sound in a casino? It’s great and charming cacophony which stimulates a lot: jingling bells, blinking lights, roaring slot machines, melodic tunes of the games are so exciting. All these effects make you feel as if everybody is winning around. Even when someone loses, the slot machine continues blinking and playing happy tunes. It makes players feel included in winnings. All players without any exceptions are attracted by the demonstration of wealth and prosperity. 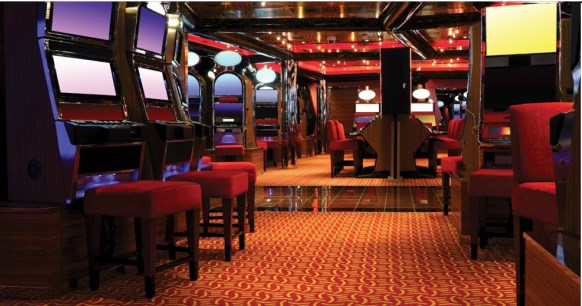 Lighting in a casino is always soft and weak. Such lighting creates atmosphere of comfort, makes a player relax, lean back, enjoy the game and feel himself safe.

The carpeting is chosen for a reason as well. Many people say such carpeting with bright lines and spots is gaudy. Nevertheless, it hypnotizes person’s mind, such colors are pleasant to look at. Most often, the walls are red; that makes people feel safe and creates sense of comfort.

Another thing to be mentioned here is cleanliness. Any reputable casino maintains impeccable cleanliness: the staff constantly cleans the rooms and serves the customers so they feel that they are courted and pampered.

Quite often, all casino services are located in the most distant part of the room. This is the last attempt to retain the player so he would have to pass by all blinking slot machines and tables. Even if the player has cashes out, he may want to try his luck one more time before he leaves. Many shops use the same pattern to make their clients pass all the rows again before they finally reach the cash desk.

5. Cash in the Pocket

Quite often slot machines display incredible combinations: for example, a player needs only one more star to win a jackpot but this star never comes. Playing Black Jack, people are always on the verge of luck; that makes them think they can win but the house edge drains all their money little by little until their pockets get empty. Each game, be it a table game or a slot machine, pays little sums in the short run.

Other games give players a feeling of ‘control’ over the game, for example craps or Keno. A player controls the outcome of the game by throwing dices or choosing winning numbers. This is another trick which makes them think as if they control the game and so they stay in the casino longer.

In general, players overextend the odds. So called ‘Cash in the Pocket’ principle when the players are on the verge of a big win generates huge revenues for casinos and makes them profitable. When a player feels taste of luck, he’ll almost certainly return back to try it again.

Free services and special discounts are one more source of wealth of casinos. Normally, players are offered free food in casino restaurant, free concert tickets, etc. or special tickets for draws on their next visit to the casino. Even if a player loses, he has a feeling that he got something in return. All that increases the probability of gaining a ‘returning’ customer. Casinos make the most on players who play with small amounts of money but quite often. 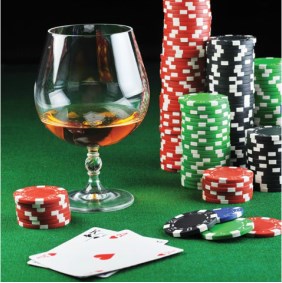 Alcohol is the most effective trick of all casinos ever. Free drinks work on multiple levels at a time. Firstly, they are FREE. Who doesn’t want a free drink? The waitresses are always happy to bring you more if you like. It’s no secret, casino get happy and satisfied customers this way.

Alcohol makes even smart players play at haphazard, not speaking of problem gamblers. It slows the brain and a player loses his ability to make right decisions. Moreover, drunk players are less worried about the loss: they throw chips on tables as if they cost nothing. Many players stay at casinos to enjoy free drinks and say this is the best way to spend time.

Even though casinos are interested in ‘smaller’ players, they do their best to retain high-rollers. One who wins big is usually treated as a king. Such players get offers which are hard to resist: free premium suits, various extravagant services, etc. The longer the player stays at the casino/hotel, the more money he inevitably loses back. Right, the casino has to splurge on the suit, but it makes the player stay at the casino and, taking into account all these tricks, eventually, it pays back.

Moreover, it’s a great marketing hook: players know how they will be treated if they are lucky to win. Pampering players is so important that different VIP-services from concierge to limos are a must for any reputable casino.

In fact, a casino is a huge maze where one can easily get lost. Multiple slot machines and tables create obstacles on the player’s way so it is hard to get out of the casino. There is no logic in the interior: there may be a set of slot machines in one place and the same group in 2 steps from it. As a result, it is really easy to get disoriented. Moreover, modern casinos have low ceilings so it is hard to find any signs on the walls. And if you drink a lot, finding an exit from the casino may become a real challenge.