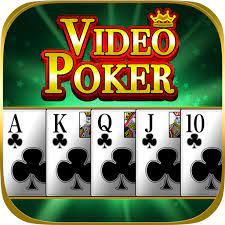 Video poker is a casino game with one of the lowest house edges. While the house always has the advantage, video poker manages to shift the course into the player’s favour. With RTPs going as high as 98%, video poker variants remain popular to date. Let’s learn some crucial video poker glossary.

Ace-High - Ace-high is the situation where the gambler has no pairs or better card combos. Also, the player is only holding an ace.

Aces Full - Aces full is a full house with three of a kind aces and another pair.

Action - This is how much you bet on a particular machine/game in one session.

All American - A video poker variation with an RTP of 96% typically. All American is suitable for high rollers.

Bonus Poker - Bonus Poker is one of the highest-paying video pokers on the market. Coming with a house edge of below 1% (RTP 99.20%), Bonus Poker focuses on bonus payouts. You also want to keep your eye on those four of a kind.

Coins - In video poker, each coin has a value or denomination. These go from 1 through 5. For example, if you play on a 2€ machine, one coin is valued at 2€, two of them are worth 4€ and so on.

Deuces Wild - Arguably the most widespread variant, Deuces Wild is featured in many software providers’ portfolios. The trick in this variant is that the deuce is a wild. In simple English, it stands in for any other card. The goal? To create the best hand possible.

Four of a Kind - One of the best hands in the game, four of a kind features four cards identical in rank.

Full House - A full house consists of three cards of a kind plus a pair. For example, if you’re holding three aces and two kings, you have a full house.

Hand - A hand is the current combination of 5 cards that a player is holding. However, you can use the term “hand” to denote the value of your card combination – e.g. full house, four of a kind, etc.

Hold - After receiving your initial five cards, you can either keep them or draw new ones. The prominent “hold” button allows you to pick the cards you’d like to “receive”.

House Edge - Every casino game comes with a house edge. The edge or advantage denotes the percentage that the casino keeps in the long run. The concept of a house edge allows for the casino to always win at the end of the day.

Inside Straight - Having five cards in order in poker is referred to as a straight. To create an inside straight, you can use aces as either high or low. When you have four cards to a straight and the one in the middle is missing, that’s called an inside straight. However, winning with this hand is unlikely and very risky.

Jacks or Better - In iGaming, Jacks or Better is often synonymous with video poker. We recommend it to beginners as it’s the simplest to learn and master. The pair of jacks is the first hand to be paid in this variation. From that point on, it grows up to a royal flush, which is the best payout hand in this video poker game.

Joker - Joker is the extra, 53rd card in the deck. It is used in Joker Poker.

Joker Poker - Unlike most other casino games, Joker Poker includes Joker cards. Their goal is to act as wilds and substitute for other ranks and suits. That’s why players sometimes refer to them as “joker wilds”.

Kickers - The kicker is the redundant, spare card that you don’t use in your hand to achieve a winning hand. In some variants of video poker, kickers are important as they can affect payouts. In other, however, a kicker has no value.

Max Bet - This is the most that a player can bet on a video poker game. Manufacturers predetermine the allowed betting range for each game. In some cases, the game features a “max bet” button. By clicking it, you automatically go to the highest value.

Min Bet - The minimum amount that you can wager in video poker on a single hand is called a “min bet”. A downside to going for the min bet is that your maximum coin win will be influences by it.

Multi-hand - When you play a multi-hand game, you hold multiple hands at the same time. That’s possible in most video pokers. Bear in mind that you have to place the same bet for each hand. First, you are dealt five cards and you need to decide which ones you’ll hold. Each new hand receives the relevant number of cards from a separate deck.

Odds - Odds are the numerical expression of how favorable the game can be for you as a player. In some cases, the odds can give you an idea of how much you should wager on what game.

Optimal Strategy - Making the best possible decisions “by the book” is considered the optimal strategy. These are based on the payback percentage, odds and so on.

Outside Straight - Having four cards in a row and missing one at either side of the hand to make a straight is called an outside straight. For example, if you have 7, 8, 9 and 10, you need either a 6 or an ace to complete a straight.

Pat Hand - If you’re dealt five cards that are already considered complete, you have a pat hand. Instance of a pat hand are a straight, flush, full house, straight flush and royal flush. In some cases, even four of a kind can be seen as a pat hand as drawing another card will not likely improve the hand.

Paytable - The paytable or pay table of a video poker is featured on every game. The table displays how much you’ll win for each winning hand.

Payback Percentage - Payback percentage summarizes how much the machine gives back to players long-term. Using optimal strategy boosts the payback percentage whilst playing poorly will result in poor paybacks.

Perfect Strategy - As a game of skills, video poker requires a smart strategy. Playing wisely is crucial to winning big in any video poker variant. Using a perfect strategy will maximally increase your payback percentage and you’ll go home with a smile.

Progressive Video Poker - Like online slots, video pokers can also feature a progressive jackpot. These games add money to a jackpot as more players join and play on the machine.

Quads - Another name for four of a kind.

Rank - The rank of the card is its value.

RNG - Random number generators or RNG is software that ensures random and genuine outcome in all regulated casino games.

Royal Flush - A royal flush is a highest-value hand with all the royals aligned in a row. That means 10, A, J, Q and K together. A royal flush is usually suited, but there can also be a wild royal flush, created with a wild card.

Straight Flush - If five consecutive cards also have the same suit, they make a straight flush.

Strategy Card - In some casinos – virtual or land-based – you can find shops that sell “strategy cards”. These charts are used to help players, especially beginners, to get better at video poker. However, bear in mind that some casinos will ban you for using a strategy card at their premises.

Suited - If a pair or group of cards have the same suit (Clubs, Diamonds, Hearts, Spades), they are called suited.

Tens or Better - The lowest paid hand in Tens or Better is a pair of tens. Other than that, it’s playable by the same rules as those in Jacks or Better.

Three of a Kind - Holding three same-ranked cards in your hand is in poker called three of a kind.

Two Pair - For example, if you have two Queens and two 6s, that hand is called a two pair.

Wild - In video poker variations like Deuces Wild and Jokers Wild, the wild card stands in for any other card to help you make a winning hand.

Winning Hand - A hand that receives a payout based on the paytable is called the winning hand.