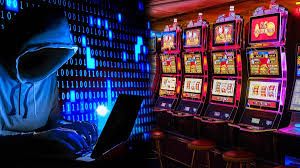 Alex, the guy who deciphered the PRNG used by slots and made millions (2)

Was Alex’s system legal and morally acceptable?
Alex's developed technique does not include any prohibited slot machine manipulations. His strategy was based on pure mathematics from his own observations, and thus can be considered a valid and clean "how to beat slots" strategy.

Many gambling experts consider his actions totally legal and morally acceptable. His strategy can be compared to card counting in blackjack, bonus hunting or advantage betting. Casinos are voluntarily putting slot machines in the field, and it is their problem if someone smart enough comes along that can predict the results and take advantage of it.

This strategy would not technically be illegal in many jurisdictions. So even if the casino security guards managed to catch one of their agents, they would just confiscate his winnings and ban him from further access to the casino.

However, casinos are huge businesses with plenty of money, and strong connections to local authorities. When the casinos discovered that there was an organized group using their slot machines as cash withdrawal machines, they no doubt pulled some strings.The authorities and casino lawyers were eventually able to find a crime that matched what this group was doing: "conspiracy to commit fraud". Which resulted in the arrest of 4 Alex agents in Missouri in 2015 (who were later charged and sentenced to 2 years in federal prison).

This was the breaking point in the story, and one that led some agents to speak openly about the details of this scheme. The group probably eventually became known to most casino security officers around the world, and another arrest in Singapore followed.


Alex, the guy who deciphered the PRNG used by slots and made millions (2) 0 5 0