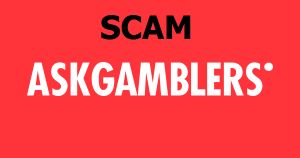 I made a cool video about AskGamblers and why they add TTR casino to their black list, enjoy!

Here some review from AskGamblers from https://uk.trustpilot.com/review/askgamblers.com

Askgamblers, what happened to them ....
They were "once" the leading site of reviews and they were in truth the players watchdog when rooke casinos thought they could get away with scamming players for their winnings ...
It was back then, but today it sadly looks very different, they remove bad reviews against certain casinos, they give them right in complaints and close cases as resolved without these being in any way resolved ...
An example, if you look at Casino Betchan, "which has a middle trustee." This casino has no less than 27 resolved complaints.
What's more strange is that this casino does not have 1 single bad player review since April 2017, where the last is to find out in the player's reviews of the casino.
There are many less good and bad reviews written by many different players, and i know that for a fact!
"I even wrote several, but gave up when my 4 review was removed by Askgamblers staff"
They justify it by claiming violation of the rules, but if you write the exact same review, but with another casino's name then there is nothing wrong with it, and it is allowed to remain standing.
Worse is that if you lodge complaints against these favored casinos, you think they really help one, but you are mistakenly mistaken for suddenly, the casino gets right in an irreparable accusation and Askgamblers closes the matter as resolved without the player having the opportunity to make a comment.
This was the case when I won 3000 Usd from Betchan casino.
I had turned 18 years of age some months back, moved away from home and played on the PC I had received in birthday gift.
It was so cool for 3000 Usd could pay my rent for almost 7-8 months, or I could buy new things for my apartment.
But that was not how it should be, I was denied the winnings that I had won in a fair way, and played from an account wich the casino already had verified.
I approached Askgamblers when I was sure they were there to help the players and thus me too, and it looked like this for a long time until suddenly the casino got right and excerpts of t & c beat up with 3-4 different options, and the case was closed as resolved without the opportunity to comment.
I found this completely conclusive and tried to search for other people who had experienced something similar, and found many.
I would appreciate that there were laws.
So to anyone considering using Askgamblers, you should know that they are runned by the big casinos, its their say that drive and dictate this page, and those who pay the most advertising money "which of Askgamblers earns money as affiliates every single time you and I are moved on to a casino website from the Askgamler's website "
It is also those who decide which complaints are being resolved and which reviews are allowed to stand.
As for example, Casino Betchan, a casino with so many "resolved" complaints, and yet you have to go down to the bottom of over 20 reviews and 1 full year to find 2 bad reviews as the only ones out of all that are written and has been allowed to stand back by the staff at Askgamblers :-(
They are bought and deep in the pocket at the casinos and should not be allowed to bear the name Askgamblers, as this is totally contrary to reality.
No, you'd rather move on to a credible place like ex casinomeister, the-pogg-etc
This page loses credibility day by day, as players find out the real truthI!
Shame on you Askgamblers, as you dare to keep calling yourself.
Click to expand...

Not impartial. Be aware that this site is not impartial. A factual review I left was removed on the grounds that it wasn't factual. If there is disagreement about the facts, the site should leave the review up and allow the casino to respond. By not doing this, casinos will only ever get supportive reviews. This will result in no change to customer service. In fact, it makes the whole site redundant. When you Search for casino reviews, you will see large numbers of the top results originate from Ask Gamblers. That makes me suspicious. There must be a commercial angle between Ask Gamblers and Google. If you want to read how marvellous a casino is, Ask Gamblers is a pretty good place to go. If you want honest reviews, ignore it.
Click to expand...

I would give 0 stars if I could.

AskGamblers is a lead generating, casino directory posing as an unbiased review community. Many casinos appearing on their site pay for listings along with a revenue split on the traffic sent to their sites via a multitude of AskGambler affiliate links.

There is absolutely nothing wrong with this! In fact, if AskGamblers would stick to this and acknowledge that this is truly their business model, not only would they easily be getting 5 stars here instead of 1, they would be in very good company! There are a slew of online casino review sites doing this very same thing, very well.

Where they completely drop the ball is that AskGamblers purports to be the most trusted and unbiased casino review site in the world helping to mediate and resolve player claims. This is laughable to say the least. Players are of zero concern to AskGamblers, outside of clicking those money making links of course.

Take Yelp for instance, a giant in the online review space.
Now imagine that Yelp has back-door financial agreements with several of the restaurants/businesses who appear on their website. These businesses pay a fee to Yelp and in return they get listed on Yelp's front page. In return, Yelp ensures that these businesses maintain a rating score of 8/10 or higher to drive as much traffic as possible to these now highly rated and "reviewed" businesses.

Unsuspecting patrons now visit Yelp, select one of these establishments based on these bogus reviews not knowing they are all exaggerated lies based on how much that business is paying Yelp.

From there, Yelp would have absolutely no choice but to actively police, remove and censor any hint of negative feedback on these businesses. They would also need to somehow generate an abundance of fake positive reviews. In turn, they become the furthest thing from an unbiased review site.

This is the story of AskGamblers. They have the choice of being the unbiased middleman (as they once were) OR they can be a slave to the businesses that keep them in the money. They can't be both though -something they haven't seemed to figure out yet.

I, like many others have had subjective feedback removed from the Ask Gamblers website. I'm a real player, leaving a real reviews of the businesses appearing on their site, but this sham of a "review"site ironically has zero interest in my kind.

AskGamblers has chosen to completely ignore my attempts to open a dialogue with them about these questionable practices, I suppose in the hopes that I will just go away.

Funny enough, this makes me all the more resolute to do the very opposite.
Click to expand...