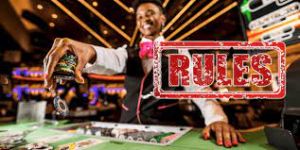 Hidden and predatory rules in an Online Casino (1)

Each casino has its own terms and conditions (T&Cs) that specify the relationship between a player and the casino, as well as the rights and responsibilities of both parties. However, some casinos also apply rules that are not listed in their T&Cs (hidden rules) or include rules that go against the idea of fair gambling and are used to exploit players (predatory rules).

There are couple of possible reasons for the existence of hidden and predatory rules:
There are a few players that read the T&Cs before creating a casino account, but the vast majority of them don't. And even players who do pay attention to the T&Cs, mostly only check certain parts of the conditions such as restricted countries, for example.

Players expect casinos to follow certain best practices and therefore don't find it necessary to read everything. They don't expect to find predatory rules in the T&Cs. And because some players might not be experienced in online gambling, they may not notice that some rules are predatory even if they fully read the T&Cs.

Not many players read the T&Cs in full, apart from bonus hunters who usually read everything to check whether they can abuse the casino's bonuses or not. Additionally, if a casino tries to enforce a rule that is not stated in their T&Cs (hidden rule), there is no way a player could have known about the rule beforehand. Players cannot be expected to follow rules that they don't know about because they are hidden.