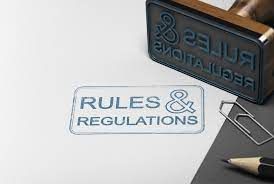 Whenever a casino finds out that a player has broken rules described in the Terms and Conditions (T&Cs), there are different approaches that can be used to handle the situation.

In most cases, casinos inform players they have breached the T&Cs, their account is closed and winnings are cancelled, without providing any further information on what players have actually done wrong. In this case, casinos often fail to communicate with players, leaving them unaware of what rules they have broken.

When a casino finds out that a player has broken the rules, it generally does not care how it transmits this information. It just wants to make sure that the player is informed that he has done something wrong, and what losses he will suffer (in the form of withheld winnings, cancelled bonuses, etc.).

Whenever a player is accused of doing something against the rules, it is likely that the player has no idea what the casino is talking about. If the casino decides to punish the player, the least it can do is inform them what rules were broken. A fair casino should at least include the following information in the message it sends to the player about the infraction