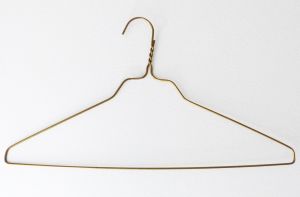 The technology used to judge the coins’ validity kept getting better and better, which made tricks like fake coins obsolete, or at least much harder to pull off. Slot machines started using a light sensor to register payments and figure out whether the coins were fake or real.

A shaved coin was registered as a valid form of payment, but fell through the physical comparator that was used to measure the size of the entering coins. The coin was therefore returned to the player and ready to be used again.

If the slot machine required the coin to match the size requirements, another object was inserted into the machine with the shaved coin itself. This object matched the size of the coin perfectly and stayed in the machine, while the shaved coin "fooled" the optical sensor and fell out of it.


The previously described ways of cheating slots were related to how money was inserted into the machine. The following are different: they affect how slots pay out in coins.

In the old slots, which only paid out coins directly each time a player won something, there was a mechanical coin counter used to count the coins coming out of the machine in order to pay out the amount won by the player.

In this cheat, a coat hanger (or something similar in shape and form) was pushed into the area next to the coin counter, which affected its accuracy. This meant the slot continued to pay out more than it was supposed to, making the game more profitable in the long run.