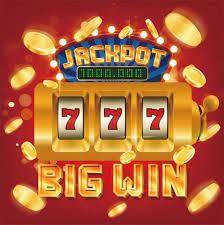 Win limits in an Online Casino (2)

If casinos apply win limits because of laws and regulations that require them, there is nothing they can do about this. However, many casinos limit player wins at their own discretion without being told to do so by a regulator.

Casinos use win limits to protect themselves against big wins that could pose a danger to their cashflow and profitability. An unexpectedly big win could be an existential threat for smaller casinos with limited cashflow, so win limits make sense in this context if they are big enough.

This being said, they disadvantage players. Very small win limits (let's say smaller than €10,000) are clearly designed to cheat players and increase the casino's profits.

Most players don't know about win limits. They expect to be able to keep their winnings in full, regardless of their size. It is devastating when a casino wants to take a big part of a player's winnings because of a win limit that they might not be aware of.

It is true that most players won't be affected by win limits if they aren't too low. This is why some players who know about win limits might not even care about them, provided that they are much higher than the amounts they are used to winning. This being said, their stance will obviously change very quickly if they manage to win a higher amount than the limit.

However, the indifference of some players doesn't change the fact that win limits are restrictive for players and effectively decrease the RTP of some games (at least for some bet sizes), as the highest of wins cannot be achieved because of them.

Instead of implementing arbitrary win limits, casinos could decrease the maximum allowed bets. This effectively decreases the amounts won by players (and therefore acts as a win limit), while also keeping the game mathematics intact; therefore, not being unfair towards players. The casino shouldn't let players place bets that can theoretically yield winnings that the casino can't afford to pay out.