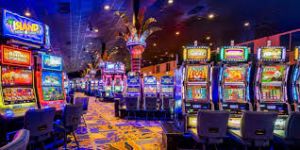 Dennis Nikrasch used a different method in a different way. He bought a slot machine to "play" at home and discovered that the machine's chip could be reprogrammed to manipulate the outcome of the game. The reprogrammed chips could then be installed into casino slot machines and used to win big money.

After this discovery he ordered a load of these chips, reprogrammed them, got his hands on the keys to the slot machines and replaced their chips. And this way he was able to carry out a successful operation that made him rich. He was, of course, later arrested in 2004 and died in 2010.